I’m Emma Saanen, known as “littlewolfgoat” (my internet handle) and “Sidhehound” (my Pagan name). I’m a spirit-led wolf-child and I am here to support the co-creation of a more magical world. I express my purpose through my animistic practice and my visionary art. View all posts by Emma Saanen

This site uses Akismet to reduce spam. Learn how your comment data is processed. 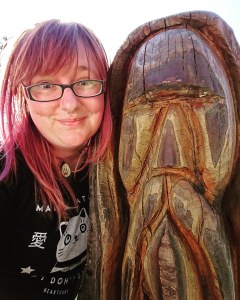 Hello! I’m Emma and this is my wee blog. I write about my creative pursuits, my spirituality, my veganism, my health, and my life experiences.

Support me on Patreon